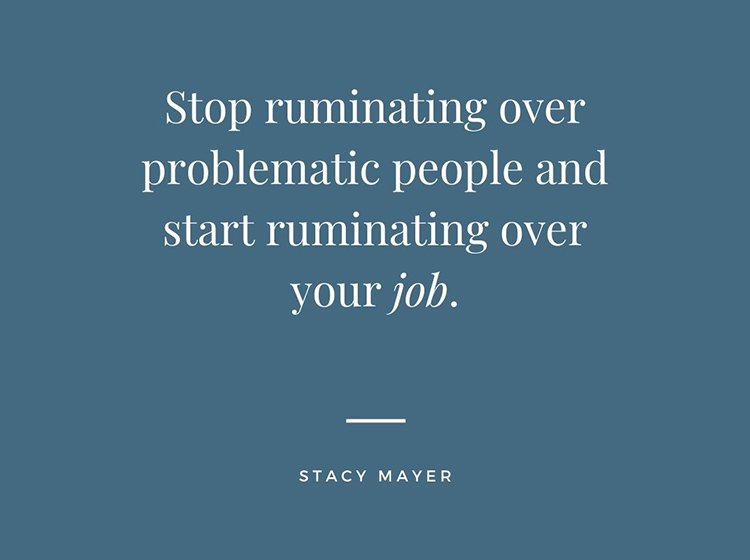 It is a long established fact that a reader will be distracted by the readable content of a page when looking at its layout. The point of using Lorem Ipsum is that it has a more-or-less normal distribution of letters, as opposed to using 'Content here, content here', making it look like readable English. Many desktop publishing packages and web page editors now use Lorem Ipsum as their default model text, and a search for 'lorem ipsum' will uncover many web sites still in their infancy. Various versions have evolved over the years, sometimes by accident, sometimes on purpose (injected humour and the like).

A corporate manager recently reached out to me for advice on how to handle aggressive behavior in the workplace. Here’s what happened:

This manager (let’s call her Sharon for privacy’s sake) is having an issue with someone in her workplace during meetings. The issue involves two of her co-workers, let’s call them George and Paul. George is less experienced than Sharon, but they get along and work well together.

Paul is a favourite of the leadership team. He can say disparaging remarks and get away with it. Essentially, he can do no wrong. Of course, Paul is the one getting under Sharon’s skin. Rather than asking Sharon for her input during meetings, Paul only asks George for his input.

Here’s what you need to know about people like Paul: They are driven by ego. They condescend to other people because it makes them feel better. In fact, putting other people down is sometimes the reason why people like Paul get into positions of power in the first place.

So, how should Sharon deal with Paul?

You and Sharon both need to know this: When you start arguments with bullies, the bully usually wins. That’s why I never recommend battling this type of condescending behavior head on. Here are three things to do instead:

– Next, focus on the right individuals.
– Who are those people who already like you and have your back?

Remember, George and Sharon get along well, so I advised Sharon to have a direct, focused conversation with George before their next meeting with Paul. I told Sharon to present what she’d like to discuss during the meeting and ask George to back her up. That way, when Paul asks George for his input, George can support Sharon by saying: “You know what? Sharon shared some things with me before the meeting. Let’s have her start.”

Step #3 Knock it Out of the Park

Once Sharon advances her career, Paul and his bad behavior will be a thing of the past. So stop ruminating over problematic people and start ruminating over your job. You’ve disengaged from the situation. You’ve created allies. Now, your mission is to come up with great ideas and do the mindset work you’ll need to land your next promotion.

If you are interested in taking this work deeper and scaling yourself to the C-Suite, then I invite you to sign up for a free career strategy session with me. Together, we’ll create a systematic promotion blueprint so that you can move from under-appreciated, under-recognized, and underpaid to a well-respected, rising star. Book your FREE Strategy Call today.